Every day, memories of World War II—its sights and sounds, its terrors and triumphs—disappear. Yielding to the inalterable process of aging, the men and women who fought and won the great conflict are now in their late 80s and 90s. They are dying quickly—according to US Department of Veterans Affairs statistics, 389,292 of the 16 million Americans who served in World War II are alive in 2019.Honoring the 20th-century veterans’ sacrifice before they pass from the scene is at the forefront of everything we do at The National WWII Museum—from our exhibits, to oral histories, to the Museum’s $400 million capital campaign, a lasting tribute to the war generation.“There’s no time to lose,” said Gordon H. “Nick” Mueller, President and CEO Emeritus of the Museum. “We want to be able to finish and dedicate our expansion while we still have members of the Greatest Generation to thank for their sacrifice and service to the nation and to show the world what they mean to the principle of freedom.”The graph below uses statistics from the US Department of Veterans Affairs to emphasize the urgency of our mission. The projections for each year are updated on September 30. 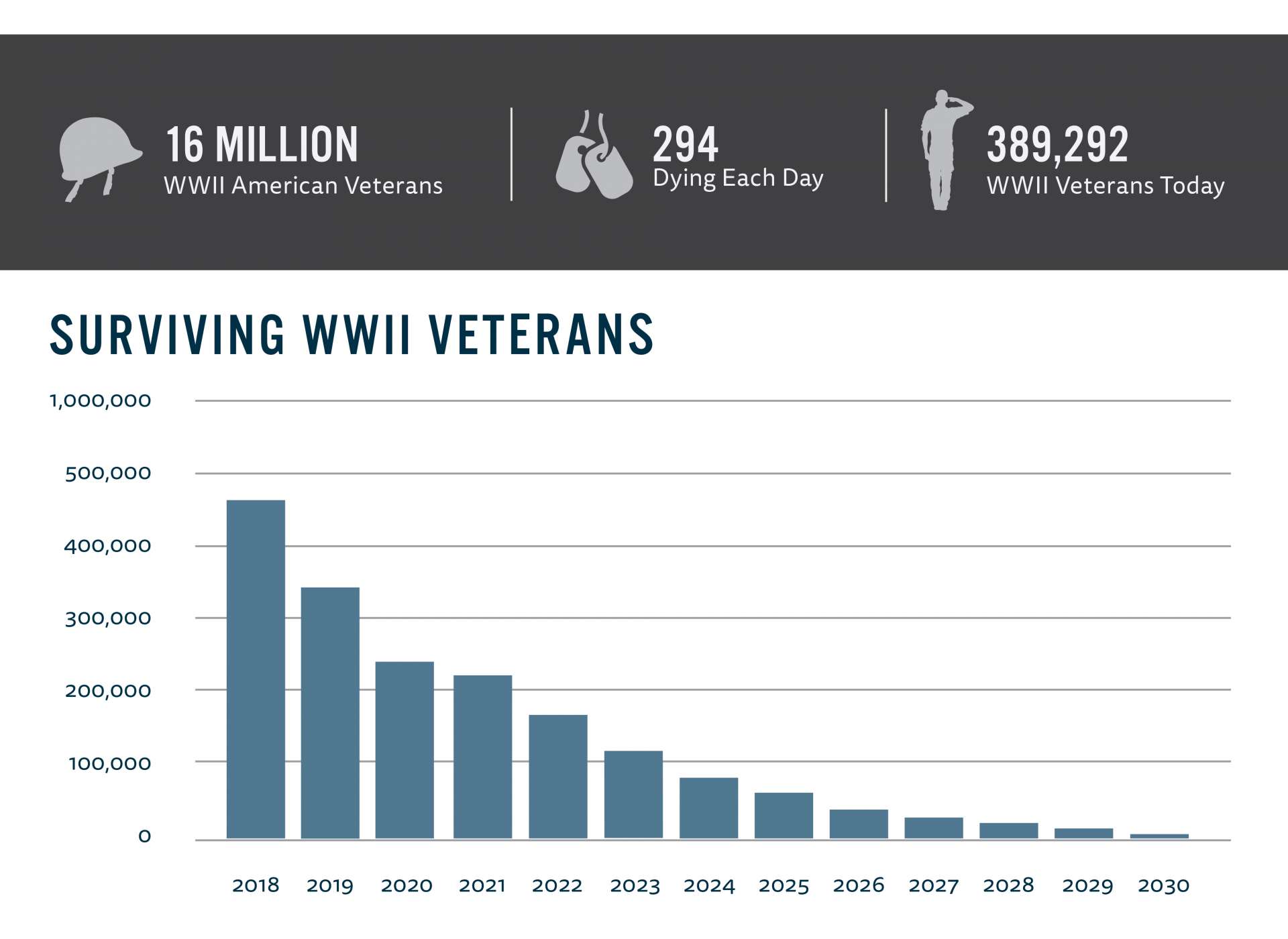