The House will vote Thursday on whether to establish a select coronavirus oversight committee, a plan Pelosi announced earlier this month. House Majority Whip Jim Clyburn of South Carolina will chair the panel, but it’s unclear whether Republicans, who have sharply criticized the committee, will participate. The House will also vote Thursday to pass a coronavirus relief package of nearly $500 billion to aid small businesses that had been stalled for weeks. ,,, [The Rules Committee] approved the new oversight subcommittee on Wednesday over the firm objections of Republicans, who criticized the effort as superfluous and politically minded. … At times, the hearing grew tense, with Jordan and Rep. Jamie Raskin (D-Md.) getting into a shouting match over the select committee on Benghazi to probe then-Secretary of State Hillary Clinton. “You may not be wearing a mask, but you adhere to the rules of this committee, while you’re here!” Raskin roared at Jordan, who had been interrupting him. McGovern was eventually forced to intervene to stop the shouting between the two. “That’s what we should be focused on — a plan, instead of whining about the fact that we’re going to have an oversight committee,” Raskin said.

The meeting of the House Rules Committee is the chamber’s largest gathering of lawmakers since late March, when members approved a $2 trillion coronavirus relief package by voice vote amid the pandemic. Already, the differences are stark: The Rules panel, which is typically crowded into a tiny, third-floor room in the Capitol, was moved to a cavernous room typically used by the Ways and Means Committee. Lawmakers were scattered across the dais, nearly all wearing masks, with minimal staff in attendance. Hundreds more lawmakers are expected to return to Washington on Thursday to approve the next tranche of economic and health aid. All are encouraged to follow strict guidance from the House’s attending physician, including the proper use of masks and hand sanitizer before and after leaving the floor. 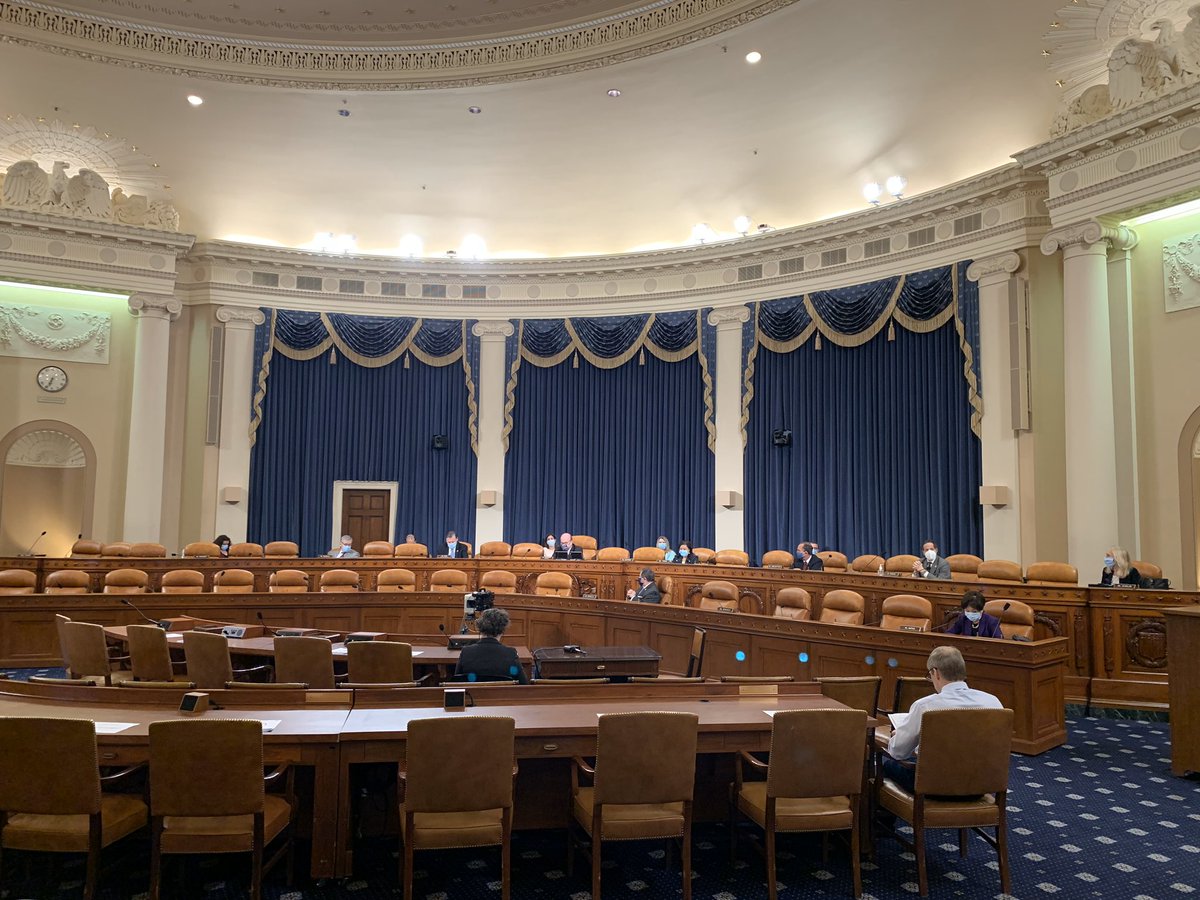